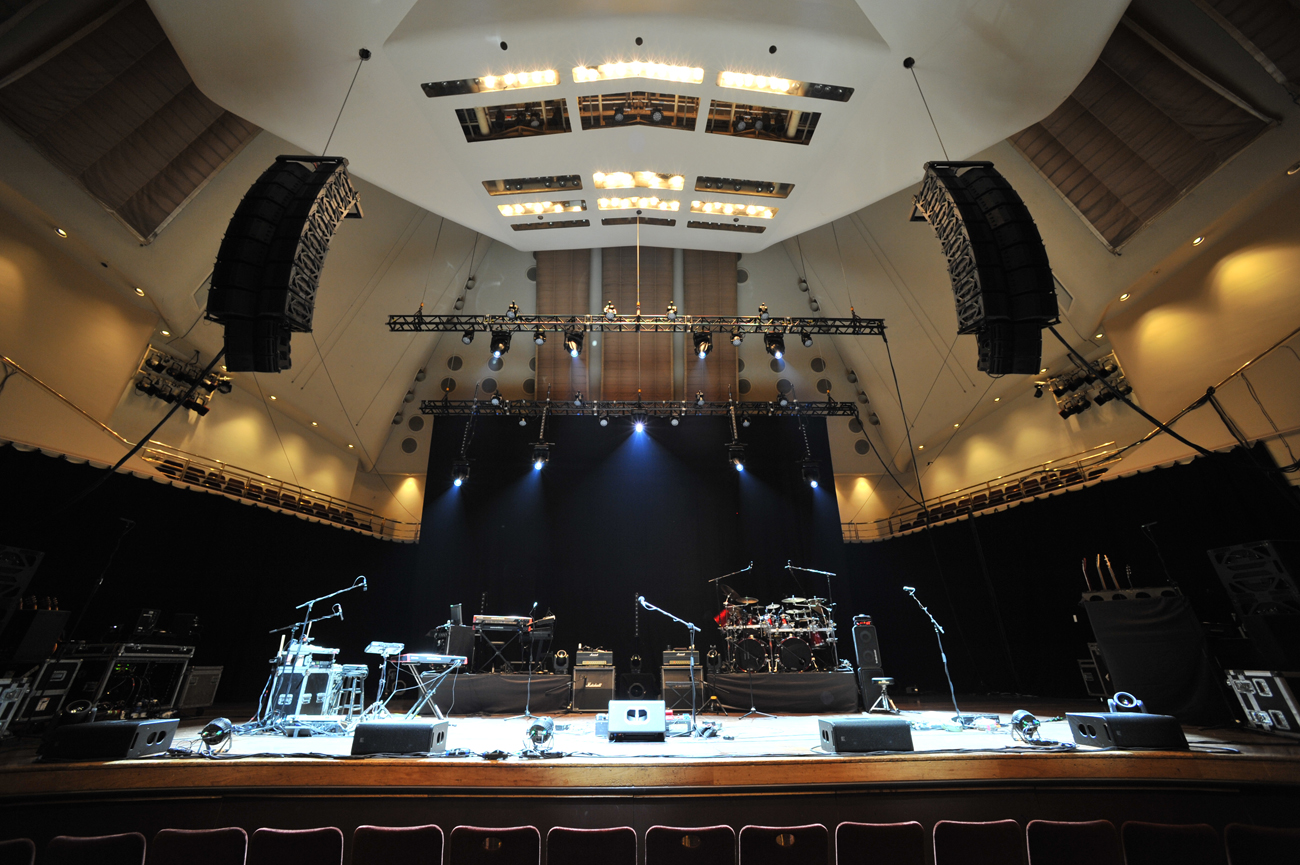 Musician, songwriter, singer, producer and one of progressive rock’s most distinctive guitar stylists, the UK leg of Steve Hackett’s recent ‘Genesis Revisited With Classic Hackett 2017 Tour’ recently culminated in a sold-out show at London’s Palladium.
Mixed at FOH by Ben Fenner who has worked with Steve Hackett (both live and in the studio) since 1992 and ably supported by System Technician Toby Donovan, the tour utilised part of Capital Sound’s inventory of Outline GTO C-12 line-array modules plus GTO-SUB low-frequency elements and LIPF-082 stage-lip fills, all driven by Powersoft X8 amplifiers.

Ben Fenner says, “I’m looking for “Width, depth and clarity, delivered with effortless power and giving a sense of immersion in the soundscape. Big, wide and impressive is what I’m after, but not loud as an end in itself; the capability for high sound pressure levels should be there, but more for the clean headroom than flattening the audience’s and my ears!”

He continues, “The sound produced by the guys on stage is rich, full and symphonic, and it is essential that I have a PA that capable of delivering this to all corners of the auditorium. The reach of this system is phenomenal – the people at the back of the balconies have been enjoying a far more full frequency spectrum than previously, particularly in the top end. The C-12 system to me is voiced very forward, which makes it very suitable for arena-sized and smaller outdoor shows and this characteristic really helps it push the mix to all corners of the venue.”

From his own viewpoint as system tech, Toby agrees with Ben: “The C-12 is a very natural and smooth sounding PA, and a good even coverage from front to back is mostly achieved by getting a good set of inter-box angles from the Open Array software. Powering the system with Powersoft X8’s gave me a great deal of flexibility when zoning the system was required, mostly tweaking the HF in the long throw section of the array to match the throw of the LF/MF section which has some serious power. I could do this by setting up groups in (Powersoft control software) Armonia.”

“Another good thing about the C-12 in theatre applications is that it sounds pretty nice in the nearfield, so that where a balcony position placed people near the array it never sounded too harsh. I often also used some Mantas modules as an underhang (up to five cabinets). The transition between the two was smooth and allowed me to have array shapes that meant I got some good low mid right down the front.”

“I have been using Open Array 2 (Outline’s array prediction and control software) and it was extremely easy to get to grips with. This was my first tour with Outline and Robin Conway at Capital showed me the software in about 15 minutes, it’s very intuitive.”

“The 3D plots seem to be very accurate and translated well to the real world results of listening and measurement. It was also extremely easy to get angles out quickly in two dimensions – I particularly liked the cluster simulation tool for this, selecting a 3dB downward slope to get the results I wanted.”